While browsing YouTube I found this old Nintendo Game & Watch game, in which you have to catch eggs with Mickey Mouse. After some further googling, I found out that this game was released in 1981, so this year (2021) it is 40 years old. It felt familiar to me, and I remembered that I had played a similar game to this in my early childhood, but instead of Mickey Mouse, it had a different character. It was the Wolf from the Soviet Union cartoon "Well, Just You Wait!" (Russian: Ну, погоди!, romanized: Nu, pogodi!). After some research, it turns out I have played a Soviet Union copy of Nintendo Game & Watch that is named "Elektronika IM-02" and was introduced in 1984.

So I had a VR headset for quite some time and always wanted to make some small game for it, but I never had a good enough small game idea for it. So this one felt like a perfectly simple game to remake into Virtual Reality. I made a prototype for it fast, and then I thought that I could try to make some small cinematic thingy where it would show how the game would have been created in the virtual reality world. Turns out that small cinematic will take way more time than the actual creation of the game. Also, after some game testing, it turned out to be a good way to get some light exercise. 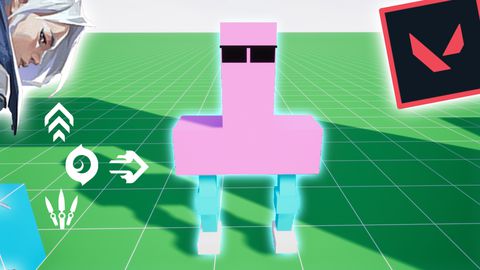